Originally from Pennsylvania, Susan Gold brings her honest, no-nonsense approach to the table by way of New York City where she got her basic combat boot training at the top talent agency, ICM.  She went on to form her own talent brokerage firm, Celebrity Talent, before it was chic providing celebrities, athletes and entertainers for endorsements promotions and events. Among her successes there was convincing a semi-reclusive Andy Warhol to do a television spot that former ad agency exec, Donny Deutsch (The Big Idea/CNBC) claims as one of his best.

From New York, Susan was invited to Los Angeles, where she produced celebrity focused interviews and segments for AMC, BRAVO and The Sundance Channel.  She also provided talent for NBC, VH-1, A&E and IFC, set up a movie at Universal with Owen Wilson and sold a celebrity bowling gameshow for pilot syndication to Buena Vista.

Beyond television, she has produced high-profile events like the Closing Night of the Houston Astrodome and Martina McBride’s The Joy of Christmas.

It’s been a natural fit for Susan to lend her talent to brands adding weight and leverage through media placement, thought leadership, and celebrity attachment.

Susan is a former triathlete with the distinction of finishing third in her age group at the treacherous Escape From Alacatraz Triathlon, a nationally ranked Masters Swimmer and most proudly, a single mom. 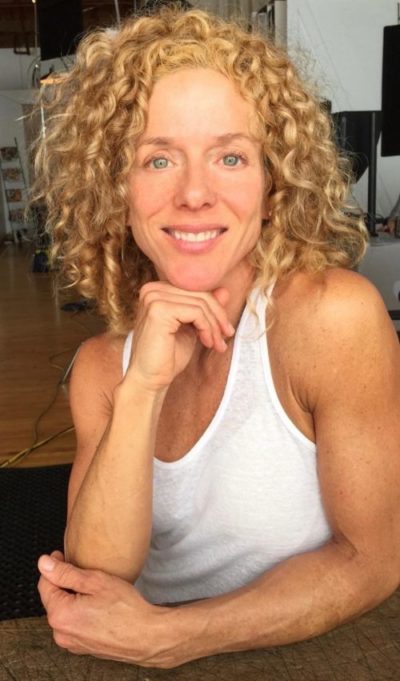